An 8-storey building located in Dubai had undergone some form of movement with the basements leading to cracked columns, walls and slabs. Active water ingress penetrated through cracks in the basement slab and walls. Cracks to the columns were initially identified in 2012 and were repaired in mid 2014.

A geotechnical and structure assessment of the building was carried out and concluded that structurally the building was within the limits of acceptance. However, the consulting engineer carried out a detail design to enhance the stability of the structure, which involved a combination of grouting and micropiling. The issue was that the micropiles and tube a manchette steel grouting tubes needed to be installed in basement 2, which was subject to a high water table. This could have been achieved with temporary dewatering, however, this was not the preferred option due to a nearby underground metro station.

The TITAN Preventer was employed to install the micropiles instead of temporarily dewatering the site. The TITAN Preventer is essentially a value system which is connected to a compressor via an air line. The system is operated by opening and closing the rubber insert, by applying air pressure to inflate (close) or deflate (open) the rubber insert. When the rubber insert is in the closed position, it restricts the ingress of water, whilst pressing tight against the micropile, allowing the installation and grouting to be complete. The Preventer is fixed securely to the structure prior to commencing the installation. It is removed once he grout has completed cured, exposing the top of the micropile ready for the head detail to be constructed.

Utilisation of the Preventer allowed the successful installation of 312 self-drilling micropiles, 580 tube a manchette steel grouting tubes and further soil tests. The micropile installation was carried out in basement 2 at a level of –4.45m, with the ground water at –1.45m and without the need to temporary dewatering.

The micropiles were installed and grouted using the Preventer, under strict Health and Safety Procedures, whilst maintaining and excellent production rate, all to the engineer’s and client’s satisfaction.

The benefits of the system was that it allowed the installation and grouting of the micropiles without the need for temporary dewatering. The installation was implemented to the highest safety standards, whilst maintaining a high production rate enabling the contractor to meet the construction programme. The use of the Preventer eliminated any concerns that the effect of dewatering might have on a nearby underground metro station. In addition it is estimated that there was a £350,000 saving achieved on the project, by using the Preventer system instead of dewatering. 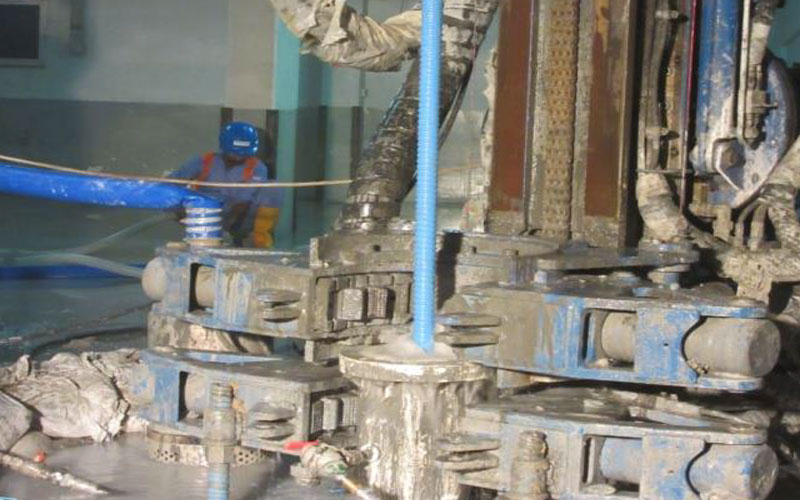 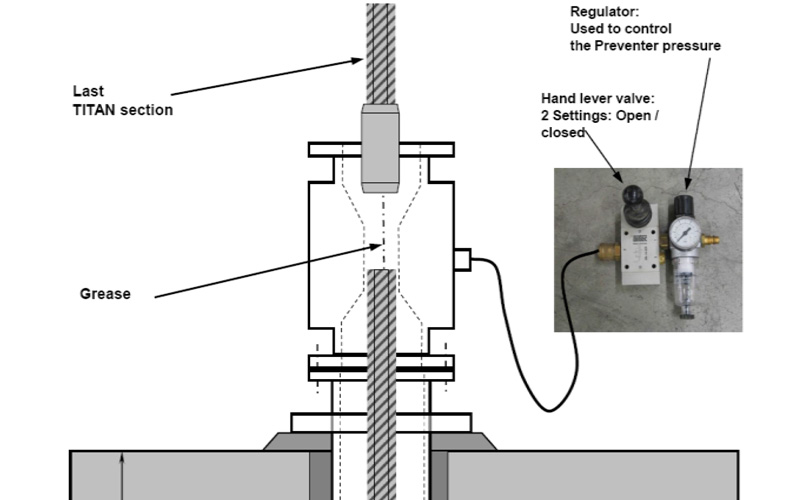